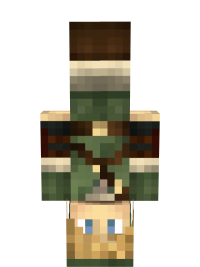 He is most known for being the server's head-of-staff for the most part of 3 years (including being Godsdead's secretary), his ship building, hosting the server ship battles and events, plugin work, and role in server development. He is the founder of the Xenon Empire, The Xanthian Order, and later Xenia, and played a key role in creating RoP.

He received the rank of housewright, moderator, and admin in 2017 in quick succession, in 2018 he was promoted to rearadmiral. After Godsdead, Xeron was the second in command for much of 2019 and 2020.

An avid builder, some of his most known structures are the Port of Xenia; one of the largest ports on the server, the Grand Ballroom; host of the Royal Elven Ball, and the Xenon Tower; one of the tallest towers on the server (was demolished in January 2018). He also owns one of the largest and most accurate ship fleets on the server, being based off French 1780s designs. He popularised the 'salad' and 'Puffi' meme within PMC in 2019 and 2020 respectively. As of May 2021 he is the richest player in PMC history with a worth of $1,802,000.

He has played a prominant role in developing the server through build projects, plugin and dev work, community and staff team management, and server direction since his initial staff role in late 2016 (See 'Staff Team' section for details).

Xeron joined in April 2015 and was the founder of the Xenon Empire. He was heavily involved in the First Verussian War, Second Verussian War, developing the League of Nations, and later the Commonwealth. Under his leadership the Xenon Empire was merged with other crews to form the Xanthian Order in 2017. In April 2017 Xeron was promoted to Commodore (mod), and became admin in September 2017 so took a step back from drama. After being promoted to vice-admiral (head/super-admin) he created his 'retirement crew' Xenia.

Xeron joined the server in early 2015, and soon after founded Port Terragon. Lego helped him out early on, lending resources and helping rid his port of pirates. He joined Red Lotus alongside Lego, before briefly joining the 0utlaws.

Xeron eventually settled in the newly founded Ottoman Empire, with Lego as its leader. His port was named the Ottoman capital. In July 2015, the annual Elven ball was held at the port, but turned into a bloodbath after the 0utlaws attacked.

He left the Ottoman Empire after a couple of months, before joining the Luteus Republic briefly, and eventually founding his own empire; the Xenon Empire. Once again he proclaimed his port the capital, and all nearby land under his control.

In late July 2015, the Verussian Empire annexed nearby Elven land, and subsequently became a neighbour to the Xenon Empire. Friction started when Verussian officials threatened to annex Xenon land, and turn Port Terragon into a colony. The Verussian Empire at the time also had issues with other nations in the League of Nations (back then named 'The Allied'). Xeron appeal to the League of Nations for help, and his empire was invited to join. Within a week, war was declared and the First Verussian War began.

The war ended after a couple of weeks with the surrender of the Verussians. The Xenon Empire gained a large amount of land, and Xeron saw to populate that land with new members. During this period the Xenon Empire grew rapidly reaching over 60 members. He hired Lord_Akley_VII as a butler and personal adviser, and renamed Port Terragon to the Port of Xenia.

Renewed troubles with the Verussian Empire led to the Cold War and subsequent arms race between many nations. The Xenon Tower was constructed during this period, as were more defences and walls around the port, hugely increasing its size. In early March 2016, war broke out once more and the Second Verussian War began. The war ended after a week.

The Xenon Empire had become very inactive by mid 2016, with only Xeron and Lord Akley remaining. The decision was made in late 2016 to merge the Xenon Empire with the Templars, and later the Iborian Empire and Luteus Republic, thus creating The Xanthian Order. Xeron remained emperor of his original crew, but also declared himself Supreme Master of the new crew.

The crew later merged with the Elven Empire after Xeron 'married' Reptaria of the Elves. A low point in his career as he recounted. The merger was short lived, and the Elves became independent once more. By mid 2017, the crew had once more become inactive, and Xeron left in October 2017.

Xeron, now a server admin, largely retired from server on-goings, focusing more on building a new port, moderation, event hosting, and configs. The old Port of Xenia was regened, and a new larger port was founded in the nearby bay aiming to be the largest port on the server.

Xeron has been very active in server developing, contributing to both plugin and config work as well as community and staff team management over 3 years. He became staff to improve the server and push for changes and development. As a result, the server is quite different and in a better position [citation needed] than when he started as staff in 2017.

He has always retained a close relationship with the community and promoted staff-player interaction, being a key voice of reason and criticism on behalf of the community. He was considered lenient in his moderation in stark contrast to the 'no-bullshit' moderation style used pre-2017, but emphasized communication and transparency, and was generally regarded as a decent staff member [citation needed ;-;].

He was a member of the original 'secret' build team in 2016, being enlisted by Chailey in June 2016 for his ships. He was formally promoted to housewright (build leader) in Jan 2017, commodore (mod) in May 2017, and admin in August 2017. During his time as admin he largely organized and ran the staff team and dictated its moderation style and members from 2018 onwards.

During his time as staff on PMC, some of the things Xeron is credited with includes:

After a period of inactivity and dis-interest in late 2020, Xeron took a 3-month break. He briefly returned to finish outstanding plugin projects, including git templates (which are a huge help to all future pmc devs!) in an uneasy anticipation of a permanent departure.

In March 2021 he returned to PMC after a period of self-reflection of 4 years of server work, realizing he missed the community and PirateCraft could still use his help. His ideas and issues were discussed but unfortunately no common ground was found. Xeron saw no other alternative than to resign. As of May 2021 Xeron retains his in-game rank however, he no longer plays a role in any moderation or development.

Xeron will always be a part of PirateCraft history, his contributions are a reminder of his work and dedication.