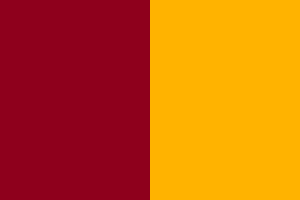 The Imperial Roman Empire (ROME) is one of the largest and most powerful crews in PirateCraft. Created in May 2019, ROME has amassed a large amounts of territory, spanning 3 continents. The empire has over 5 impressive cities and settlements, many powerful allies, and a large and dedicated player base. Additionally, ROME won the Crew of the Year Award for 2019.

The governing system/leadership of ROME is organized like Imperialism. Basically, there is one Imperator (similar to an Emperor), who rules the entirety of the Empire. Under the Imperator is a council of 4 "High Capals". The High Capals are put in-charge of different branches of the empire. The branches are Labor, Economy, Military, and Foreign Relations. Each High Capal is put in-charge of one of these branches, and they are chosen by the Imperator. High Capals report directly to the Imperator. Every High Capal has a cabal serving under them. The capals are similar to secretaries for the High Capals. Capals also can be assigned to oversee different parts of their respective branches.