Enderzalt is a piratecraft player who joined on November 22, 2019. He holds the Firstmate rank on the server and is currently a leader and Dragonlord in the Valyrian Freehold. Enderzalt has played a huge role in creating the crew VAL, and developing and expanding it into one of the most powerful crews on the server.

Enderzalt also does a lot of PVP, and is the one best fighters in VAL, constantly defending the crew from raiders. In terms of skill server-wide, Enderzalt is above-average, far from the best but far from the worst. He is skilled enough to defend against any non-pvpers and many skilled pvpers.

Enderzalt first joined PMC on November 22, 2019. After messing around in a random plains biome and making a typical deckie base (which would later be the location of Valyria City), he was invited to join the Imperial Roman Empire by its Imperator, CosmicKingSp00k. Enderzalt decided to join the Roman Army, which at the time was led by Centurion BuffNut, and had a few other Legionaries including the infamous dirtman_69_420 and Silent_Knight176. Enderzalt quickly rose through the ranks of the Army, and despite being a former 1.8 pvper, adapted to the new pvp mechanics and was one of the best fighters in the First Legion.

Enderzalt would continue to rank up in ROME, eventually making it to the highest military position, the High Capal of Military and Conquest. After ranking up he reformed large parts of the military multiple times, and helped Cosmic transform the Legion into a group of active members. While in ROME, He also helped build the Beta-Arie Fleet, consisting of a large number of advanced ships designed by MoJake23. The two of them would quickly grow the port to be the largest in ROME. 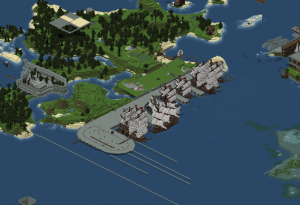 Also while in ROME, Enderzalt met some of his closest friends including Espul, Gqldn, and TacticalNukerz. He would also meet CreatingWithKass and Solembus13, who he would eventually co-found the Valyrian Freehold with.

Enderzalt went inactive for about a month during May/June 2020, during which time the Imperator of ROME, CosmicKingSp00k would go inactive for months due to irl reasons. Mqstic took control of the crew in his absence, although he just was there to keep things together while Enderzalt, Solembus13, and Gqldn would do the majority of the crew management. During this period, Rome would reach its height of power, and was one of the most powerful crews on the server, battling for the best with the crew "Cotij" lead by Cotij and Zackbacon/WeGank.

Cosmic's return to PMC in late October of 2020, and Mqstic's (MysticTitan) subsequent resignation as Imperator of ROME caused a mass exodus from the crew, and over the months of Cosmic's absence, many players found themselves more loyal to Mqstic than their former ruler. Shortly before this occured, Enderzalt, CreatingWithKass, and Solembus13 decided to create their own crew when Mqstic leaves. They decided to name this crew the Valyrian Freehold (VAL), based off of the empire of the same name from Game of Thrones. This new crew, founded on October 24, 2020, had goals of creating large cities with a neutral foreign policy, staying out of wars in the hopes of peace for the homeland. 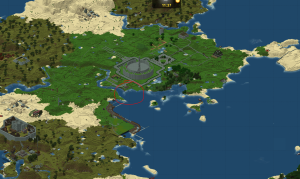 Valyria City as of November 13, 2020. Construction of the city has only just begun. The red circle is the location of Enderzalt's original deckie base 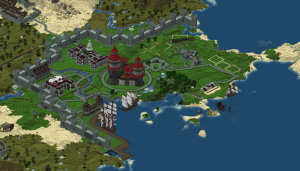 Valyria City as of April 4, 2021. The palace has been designed, walls built, and the House of Valyria constructed, along with many other buildings. The road outline is also being laid down.

Enderzalt is now relatively inactive, and at the time of writing this has no major intentions of becoming active on PMC.