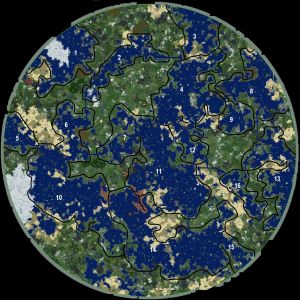 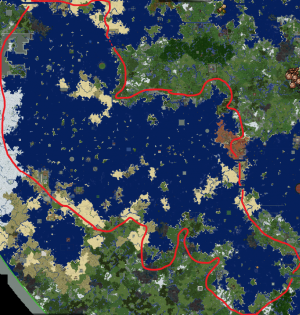 The South West Ocean, or the West Ocean, is a large ocean that stretches across the South and West portions of the map. It is to the west of the South Ocean, and can be accessed via multiple canals, in particular the one in the north corner of the South Ocean. Its geography is mainly full of desert and plains biomes, but it also has a fairly large snowy biome.

The South West Ocean holds the settlements of Evermoor and Boomdocks to the south, CSN to the west, and the Chittenden State, Parrot Town, Whiskey Peak, and Vendigroth to the far north in the Chittenden-Parrot Sea.

Seas/Regions of the South West Ocean