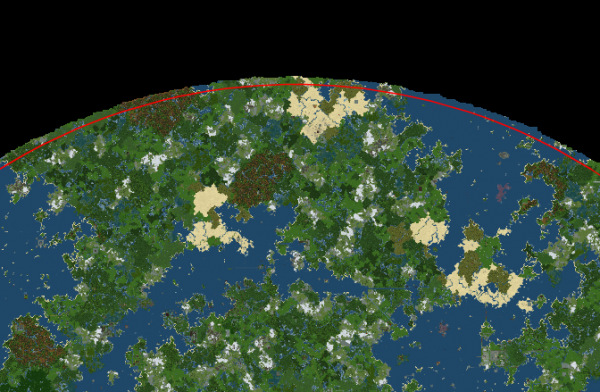 The North is region that similar to the West in that it is not very overpopulated but does contain some noteworthy historical buildings, this is due to the fact much of this area is part of the 'old world' in the glory days, and didn't nearly need as much effort to traverse, due to the lack of it having areas that could only be accessed by oceans, due to this, it is sometimes known as the 'main continent', it being a central part of the world, with many land bridges or short crossings connecting it to other continents.

It is most characterized with a land locked ocean, known as the North Sea most commonly, and has been a center of British interests for many years, despite its isolation. This has led to some crews constructing canals, giving access to the sea and others around it, allowing the fleets held there to be able to move southwards. This has helped in the gain of economic growth, as players have realized that setting up there would not limit them. There is a great abundance of forests, with many colder climate forests as well as the largest density of rain forests than any other region. Despite these colder climate forests, there are very few snow or ice biomes here, with there only being an large island in the North Sea, though it is undesirable due to the fact much of it is covered with old builds and ruins, but due to the lack of these biomes, it was desirable to set up upon. There are also far fewer deserts in this area, with only 1 covering large area, and the only other large one having had parts of it terraformed.