Kaiserreich was a semi-crew (British Realm) created by Guineapigplays. It was later disbanded and replaced by a new semi-crew called the Union of South Africa.

One night, foreign troops led by CottageCooper approached by sea and killed the soldiers guarding the docks. They then entered the city through the Brandenburg Gate and opened fire on the civilians. The Wehrmacht was unprepared and were pushed back towards the surrounding forest. Here they got stuck in the undergrowth and were chopped to pieces by the attackers' sabres. The attackers left, leaving the city heavily damaged.

1) The power to dismiss a Kaiser and his/her government if the Kaiser loses the support of the Reichstag (Parliament). The Governor General also has the power to formally appoint a Kaiser

2) The power to dissolve the Reichstag. This act should only be done in accordance to the Kaiser's advice; the Governor General is only allowed to act using his/her own discretion if it's an emergency

3) The power to summon and prorogue the Reichstag

4) The right to refuse assent twice, what's happens from there is completed guided by circumstances. Note: All bills and amendments passed by the Reichstag and the public must be given assent (signed) by the Governor General in order for them to become law

5) Call a national emergency and grant pardons, although in normal circumstances this decision should only be made under the advice of the government/appropriate experts

6) Advice and Warn the Government

The Wehrmacht is the combined defence forces of the Kaiserreich.

Kaiserreich has many alternative flags in case of a coup/a new ideology taking over/the Reichstag wanting a change of flag.

Monarchy-a form of government with a monarch at the head. 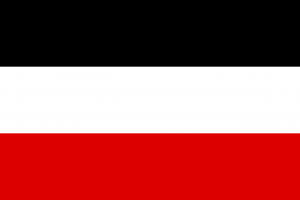 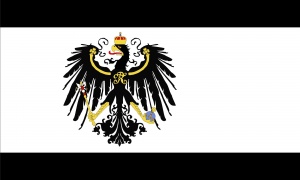 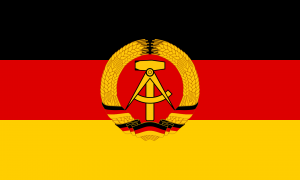 "Everything else in this Constitution/wiki page is a work in progress!"

"We are witnesses to the creation of this Imperial Constitution. -- God Save The Empire and Gott mit uns --"