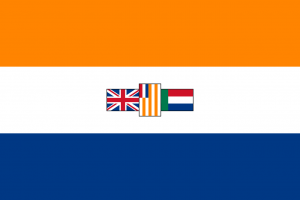 Until changed by the current government, this Realm will be governed by the Constitution of the Realm of Kaiserreich.

Althought after BE vs CSN war puppet state got destroyed by constant raids from Dutchy of Cracov especially StasKingKrol. It denied the terms of surrender and disbanded itself 2 days after. Guineapigplays after several defeats left the server.

The Coat of Arms of South Africa
Retrieved from "https://wiki.piratemc.com/index.php?title=Union_of_South_Africa&oldid=8354"