Elytras brought a great gift to PirateCraft- and MineCraft as a whole. The gift of flight. 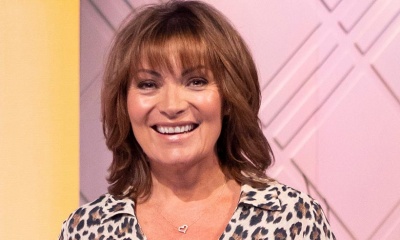 Lorraine wants to harvest your soul via day time TV

The introduction of the Elytra meant that no longer were players trying to reach the top shelf, via tnt cannons or jumping, they could literally fly up there, grab a rich tea biscuit, fly back down, and still have time for a hob nob before mother ever knew what happened to the biscuits she and Shelia (I hate Shelia) were gonna eat whilst complaining about how hard parenting was when they literally just had to stay at home all day and watch Keeping Up With The Kardashians, Loose Women or Lorraine.

In 1.9 Elytra was added, and at the beginning many people were curious about how you would get such a item. On the PirateCraft forums[1] about the time when the first snapshots of 1.9 and the Elytras were coming out, many people began to hypothesise about the possibilities of Elytras, their possible impacts on game play was discussed, such as whether the whole raiding mechanics would change, whether new defences would have to be built (Reptaria talked about Elven AA Turrets), the British Empire's "RAF" or how one would even go about trying to get an Elytra (which we all know now is hard).

When the update came round, and was implemented onto the server, it was found that Elytras were an "End Game" item- something to obtain after defeating the Ender Dragon. It was decided by GodsDead that Elytras would be sold at The Cove for high prices, in an effort to take money out of the Eco and so people could have them. They were given fancy names (Enola Gay, Buckbeak, SpaceShipOne) and usually 5 were sold every month or so, with Unbreaking 3 enchants and mending.

The Special Air Service (SAS) was set up by Lego, as an air arm of TAS and for use in pvp and in aid of allies. It has seen limited use however as for the most part, PirateCraft has been quiet since its formation.