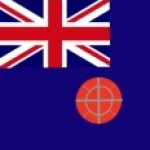 Corfadia was a powerful province of the British Empire and home to Zoroax999, lil_bit0987, nic123qwe45678, tntminecraft2014, and alittlecreative. Originally an independent state, known as the Kingdom of Corfadia, it first formed, in October 2014 as a fallout bunker from the first Elven Civil War. When Queen Reptaria returned to piratecraft in March, 2015, it pledged allegiance with the British Empire, and was annexed as a province, claiming the surrounding waters, forest, plains, swamp, and mountain biomes.

The main hub of Corfadia is the great central fortress of Castle Despair with its lava moat and thick defensive walls. It was an extremely effective outpost during Corfadia's conflicts with Evermoor, TUPE, and the 0utlaws conflicts, and proved to be impenetrable by invaders. 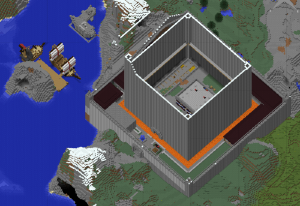 In Early October, 2014, the Kingdom of Cornola was destroyed by a wither, and raiders. Weeks before, the Cornolan General, Cornetheus999, had built a small fortress, known as Fort Fortissimi. It was in a far off land, west of Cornola, in an ice taiga biome. Reptaria took refuge there, and Cornetheus999 began a more formal construction.

Blueprints were drawn up, and the fort was quickly built up with walls, a few houses, a mine, and harbour. Within the week Reptaria began recruiting new members, such as kiwininja, thelordapples, f1stpump and many more. At the time, nic123qwe45678 had joined the Elves, and then began to live with Cornetheus999. Reptaria and Cornetheus999 occasionally visited the ruins of Cornola to collect materials, but soon Reptaria grew tired of living with his peers, and ventured far south to begin construction of Fort Charleston

With the new construction of Fort Charlesron, Cornetheus999 decided to declare independence from the Elves, and renamed his small kingdom Fort Frigus. The expansion of his harbour rapidly grew, as well as residents of his group. The standardization of ships began, as the first ship class, the Chavez Class ship was invented. This idea would be visited later on in his experiences. Over the next few days, Reptaria began socializing with known hackers, Genovakid56, N4sher007, and Stormer56. By the end of the week, the construction of the walls of Fort Charleston were complete. Later on, the hackers group began to attempt to raid Fort Frigus, and The Battle of Fort Frigus broke out. For a nasty 1.5 hour fire fight, Cornetheus999 ordered a ceasefire and presented peace with Stormer56. However, Reptaria ignored the order and continued to fight the hackers. Eventually Reptaria was killed, but quickly abused /back to return to Fort Frigus and teleport in any known enemies. The next day, their conflicts were worked out in person, and that afternoon on the server Reptaria alerted Cornetheus999 that his town had been set afire, so Cornetheus999 gathered some of his men and rushed to help Reptaria. Once the fires were put out, Reptaria quickly blamed it on the Frigus People, despite it being impossible, and began to attack Cornetheus999. Reptaria was killed and raided repeatedly by Cornetheus999, but quickly retaliated. He brought the hackers to Fort Frigus and bypassed the claim, destroying any soft and hard blocks within the main storage building while not under siege. All materials, including food, tools, building materials, and more were completely lost, and the war was declared over.

Fort Frigus was disbanded, and it was instructed that any members their own ways. Cornetheus999 now reduced to a handful of carrots and a single set of armour, sought out a new home. He found a peaceful player in a remote location with a small base, known as Konstantine10. This first contact would later lead to a strong alliance and friendship. Cornetheus999 found a flat land, with a natural harbour, mountaneous defence, and river along with beautiful scenery. He instantly claimed a huge portion of land, and began to draw up blueprints for a spectacular master plan base. He was very discrete with his new home, and withdrew from society into his own matters. His main focus of the base was security, and he quickly built up a 70x70x15 wall of stone brick, and filled around it a giant lava moat. His priorities then drew to storage, and a farm. His farm boasted a 1,600 items per harvest, and the rest of his base was constructed underground in a giant 70x70x30 cavity he excavated. With a surplus of stone, he expanded his walls once more to 30 blocks high, and constructed a throne room, waiting to be filled with the heads of his enemies he would seek vengeance on.

[Cornetheus999]], remembering his hatred, sorrow, and despair he felt, he named his new base Castle Despair, after the extreme despair that Reptaria had repeatedly caused him. He swore that his base would never be penetrated by enemy forces, so he designed his claim impossible to be pillar-jumped, as well as three layers of obsidian and fifteen layers of stone covering the interior of his base. The focus of important builds and storage inside it proved to be extremely effective, and no invader had ever entered it. He soon realized that he could string together a new empire that would hopefully rival the elves. He named the area around Castle Despair Corfadia, meaning "Land of Light" from his novel, The Journal of Cornetheus. Immediately afterwards, Reptaria had renamed his town Evermoor and began recruiting. Cornetheus999 became paranoid about any invaders, and began ruthlessly killing any players who ventured within ~350 of his claim, and making sure nobody ever teleported into his base. In the mean time, he pieced up a plan for a massive military with jaw-dropping super weapons, and ideas for a massive army to eventually declare totalitarian war on the Elves and Evermoor, forcing their eternal surrender and killing all who aligned themselves with Reptaria. However, none of this came to be, yet the plans proved effective in later years.

With his power extremely great, and achieving several sets of God Armour, Cornetheus999 had achieved a sense of pride. Over time he forgave Reptaria once more, and began to recruit some of his old members. He was paranoid of traitors, and had an extremely difficult level of tolerance for any who would be allowed into the ranks of Corfadia. The only members who managed to make it were F1STPUMP and nic123qwe45678.