The Great Wall of Colrainism 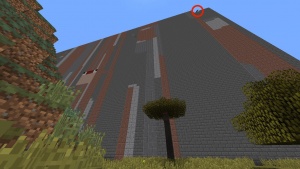 The Great Wall of Colrainism is a massive wall built by the Colrainist Revolutionary State. Construction was started on October 29th 2018. Loyal Colrainist workers helped build the wall out of many types of stone (and peppy with a Shockerboy686 face), and construction was planned to be finished by November 12th 2018. However, the project was abandoned when the CRS moved bases to a safer area.

Purpose of the Wall

The Colrainist wall was necessary to stop the constant attacks from Colrainist persecuters, such as...