From PirateCraft
(Redirected from PLANT)
Jump to navigation Jump to search

A crew led by __plant who set it up in the absence of Palmerageddon in January 2017. Currently Disbanded. 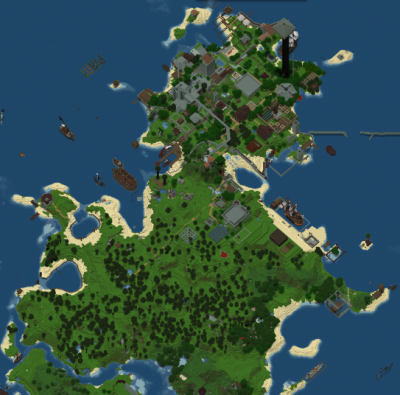 The crew is focused upon the Plant Peninsula, which was originally an Iborian/Xanthian settlement, until 'planty' left The Xanthian Order to pursue Plant Nation. The crew is mostly based around raiding or combat, to which the crew often practice within their ranks to improve their abilities, especially when competing against other PVP focused crews.

Plant Nation is a very urbanized crew, concentrated around the Plant Peninsula and some of the surrounding islands. It has a good culture and differing build style that is very simplistic, but at the same time mainly built for purpose and necessity, than for presentation.

Plant colony -Owned by SomeOne1112, population 6