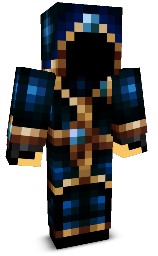 Nick_A_Naut is by far the best player on the server to exist. He is currently a member of the British Empire.He has many projects he'd like to work on but is very lazy, and hasn't gotten around to many.

Nick_A_Naut has never changed his username.

While he was a supporter ofColrainism, after a year of helping lead GUCS he decided to betray them. He stole the gold from their town hall, as well as many other goodies he found. It was pretty funny. His motive for this betrayal was Colrainism was going nowhere, he realized they would never achieve their goals and so he decided to leave and pledge his loyalty to another crew.