Coconut Bay is a mesa port built by the Juice Pirates. 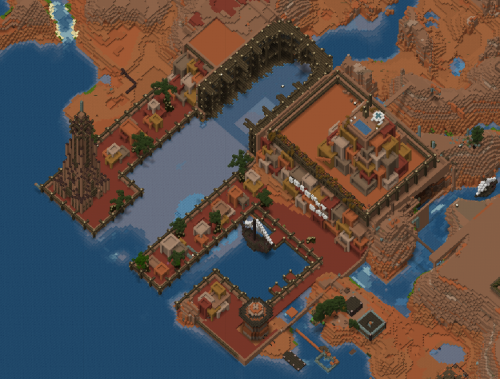 It was founded by AppleJK and CoconutJK in april 2016 and it was the first populated town of their crew. It first featured the terracotta palace on a hill and later expanded towards the sea with docks and a lighthouse. Batteria_ was one of the most active townfolks of Coconut Bay. The port features several farms, a zombie grinder, a villager storage and a nether portal subway station.