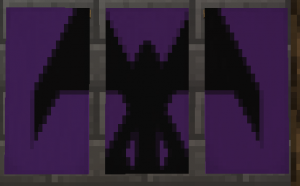 call of the ravens

The Raven Pirates, formally known as the Kitty Pirates, were a group of pirates that served under the banner of captain RavenFalls.

the process for joinign the raven pirates was as following: contact __DarkLight__

This crew only formed once there captain had built a fortress in the middle of the central ocean, at first consisting of two towers and walls in order to keep the them selves alive, but it wast until the first flag ship of the Kitty pirates, The S.s.Kitty that the pirates finally found there name.

The naming came from the fact of there ships sails being pink, as well as the Hello Kitty Pirate image on the forward sail. the kitty pirates soon developed a reputation for hunting abusive players, as well as the obsessive amount of cats around the fortress.

All was not well with in the newly formed pirate crew, there numbers fluctuating back and forth, it wasn't until late October 2014, that the crew was handed there first major defeat. a pirate under the name of Lamanite had managed to infiltrate and steal the crews flag ship. shipless and disoriented the crew quickly fell apart and the Kitty Pirates were no more.

After the fall of the Kitty Pirates, the fortress soon fell deadly silent and was lock down from public access. after some time, a sudden boom happened, and seemingly out of know where a new structure formed at the old fortress. within a few weeks, as time went by a new ship appeared and the fortress and the Raven Pirates were Born.

Named after there captain and there current flag ship "The Flying Raven" the raven pirates began to rebuild, there inner workings, but remained locked down to the public, and all trespassers being killed on sight.

during the early part of December 2014, a new player, decided he would build a small base a mere 10 blocks off the western walls of the Raven Fort, this in-turn angered the Raven pirates, who declared a full on war on the two players (touy9 and sourfish50) foolish enough to build within the Ravens territory, with in mere minutes of the war being declared half of the server was at war with the two players and after only a few days of consistent attacks on the pair and several shots from a 12 cannon wall., the two surrendered and moved as far away from the fortress as they physical could, leaving behind the ruins of there fortress and a note saying they were sorry. now victorious, the raven pirates claimed the ruins as a memorial to sin, and established a name for being highly ruthless when provoked.

Over the coming months the raven pirates became silent on the battle field and began to construct what is now know as the Dark-Raven merc camp. A camp dedicated to all new players, giving them a safe home, cheep supplies and as much work as they could preform for a good wage. Starting off as only a simple build, it soon escalated in to something huge, as more people began to show interest.

the Ravens also began to expand into other areas of the map, claiming villages and temple alike slowly over time they began to recruit new members all of which remained under the radar untill they were needed once more.

Piece had been established across the vast majority of the Pirate Craft world, and many warp were now being well protected, the ravens being one of the many people helping to rid all warps of killing. Until one dark day when 3 men attacked the Phalanx Village, alelopes38, bumbullbee986 and HappyFuzzBall.

Unknowing to them once they seiged the happy village they became trapped with no way out, Darklight, first officer of the ravens, sealed them selves away and happily munched on steaks as the trio starved, however the 3 over came there entrapment, by kill each other, followed by them running food back to there friends. Knowing that there would be no end to the siege, darklight called for help, and soon had the trio dispatched from his village.

Annoyed with the trio for attacking his first officer, as well as for stealing cobble stone the encampment, Ravenfalls declared an all out war against the three, this served to be one of the quickest battle the ravens had fought with the 3 surrendering, returning all stolen good and having to pay a treaty fee for there actions, in no less then a 3 day period.

to the ravens amusement, the trio began to fight among them selves and soon tried to seek asylum with the ravens.

once again the ravens returned to there casual ways, only attacking the odd player now and then and returning most stuff won, just because. The Ravens over time began to move away from comabt and concentrate on other matters.

during which time the high command began to construct a memorial shrine to the people who had been lost.