So, you're new to PirateCraft you say? Well, you're in for a treat. PirateCraft is easy to learn and hard to master, or so they say. Let me give you some tips on how not to end up as shark bait...

You log on to find yourself aboard a sinking vessel, the sole survivor of some terrible, unmentional seafaring disaster. The good news is that you're alive, unlike your strangely absent crewmates. Looks like you're going to have to find a way off this hulk of rotting timber before it collapses.

But wait! No pirate should venture into the unknown without his or her handy live map! This is no joke. You should open the live map now so it fills your screen. Make your Minecraft window smaller so you can keep an eye on the map at all times. You'll thank me later.

Next, you'll be wanting to get as far away from spawn as you can. There are over half a dozen teleport locations within 2'000 blocks of spawn. If you settle too near to spawn, you'll end up as easy pickings for some dastardly brigand. If you look towards the bow (front side) of the ship, you'll see beach that runs towards the cliff. I'd recommend climbing off the ship and swimming to shore. Head up the beach and you'll find a cave-like passage beneath the cliff near a campfire. (Maybe you weren't the only survivor after all... Did your crewmates leave you for dead?!) 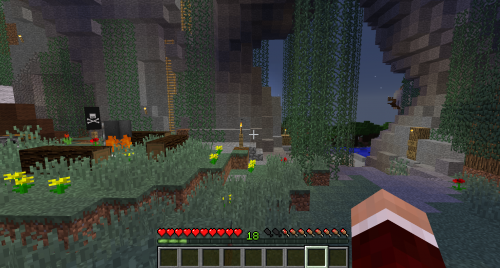 You'll notice none of the blocks around you are breakable. This is because you are at spawn, an area claimed by the staff. It's PvP free, so you don't have to worry about anyone killing you just yet. You can't stay in this blissful region forever, however - sooner or later you're going to starve to death, so you'd better get going! Pass underneath the cliff and you'll find yourself in front of an old, decrepit road. Follow it across several bridges until you reach a giant tree. 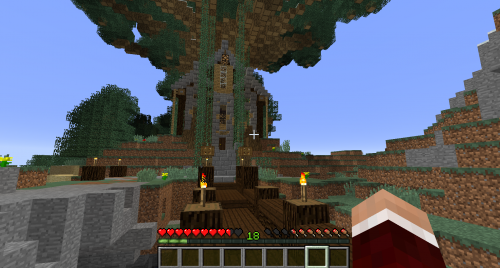 Once you reach the giant tree, turn right and keep your eyes peeled for a sign telling you that you are leaving spawn. This is where your adventure begins. From this point on there is no turning back. Every unclaimed block beyond this point is now breakable. 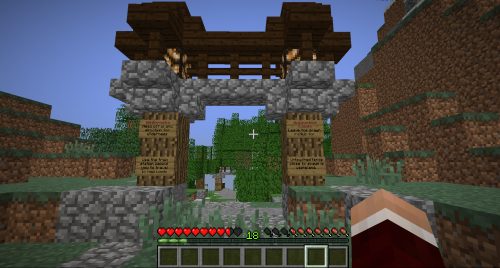 Walk straight ahead and look out for a large barn on your left. This is an infinite food farm I set up for shipwreck survivors such as yourself. What a coincidence! Head to the front of the barn and loot the chest for some free food and seeds. You can also wait around a bit until the chest fills up some more, but don't linger for too long... 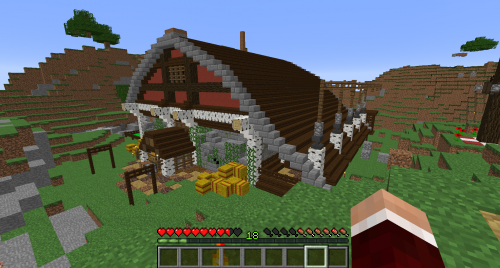 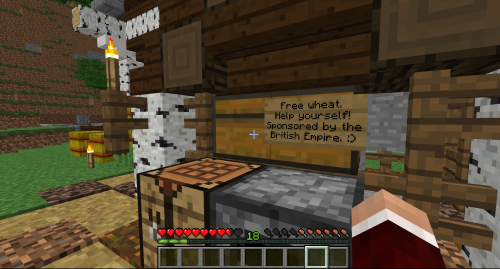 The Long Trek to the End of the World

This is where you'll need to use your Minecraft skills to survive. There is no point standing around asking for materials and gear at spawn. Everyone hates beggars. I cannot stress this enough. Noone is going to come to spawn to give you freebies, but you can bet your boots some people will come to spawn to thrust a cutlass through your ribcage!

Your aim is now to get to a safe area and become self-sufficient. Once you can survive by yourself, you can think about joining a crew.

What's that you say? You want to build a ship? We will get to that in a bit. First you need to find a safe place to produce food and store your valuables. If you fail to do this, you'll a) starve to death on your voyages and b) loose all your treasure if your ship sinks. Every clever pirate has a secure base of operations.

Open your map and compare it with the following picture. I have marked the central landmasses red. You will notice that the live map version is bigger. This is because the world border has been expanded recently. The principle remains the same, however: Get as far away from the central area as you can! This is the area where people can teleport to easily, making it much more likely that you'll be attacked. The land is also heavily settled and claimed not to mention ravaged from years of mining and woodcutting. Land beyond the red border is much nicer and safer. 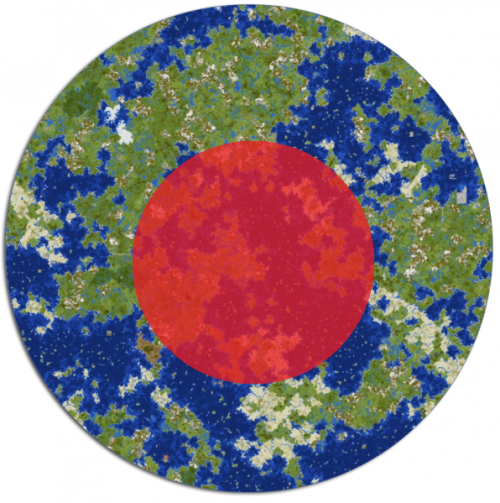 Press F3 on your keyboard and look at the middle on the left. If you're still standing at the barn, your coordinates should be approximately XYZ -670 / 64 / -900. 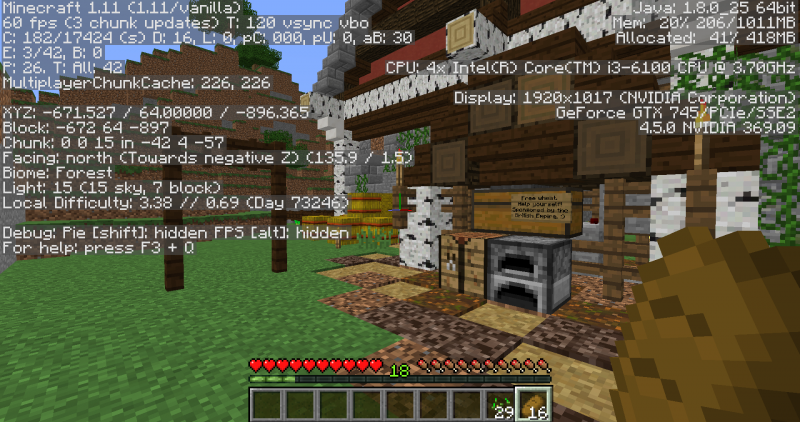 You'll be wanting to increase or decrease your X and Z coordinates over 5'000 blocks each. How you travel that distance is up to you. I recommend using your survival skills to stay alive and kill animals along the way for food. PirateCraft is set to hard mode - so be warned, people who play on normal! Use standard Minecraft boats as often as possible to prevent your saturation bar from draining. Consider choosing a destination from the live map before you begin your voyage.

Make use of /sethome while you travel! Every pirate starts with one home of their choice that can be updated as often as they please. For example, type /sethome e to have a teleport location where you were standing when you typed the command. This can be done anywhere outside of another player's claim. Update your home regularly and you will not loose too much progress when you die. It's a long walk from spawn!

Keep an eye out for other players on the live map. If you see someone heading your way, move away from them! Some pirates use the live map to hunt other players. The really annoying ones will drink invisibility potions to avoid being shown on the live map. There's nothing you can do about them at this point in time... But some day you will have your revenge.