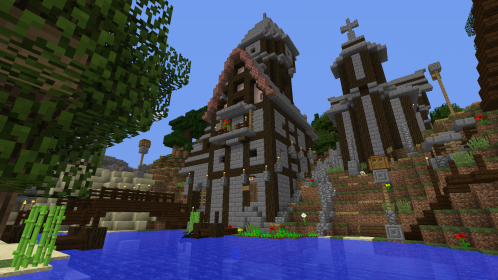 Minemoppel is an inhabitant of the city of Mithlond. He was one of the first three inhabitants and in fact one of the founders. He is living in one of the oldest houses in the middle of the city that was built in early May of 2018. Since then he never moved completely to another destination.

Meanwhile he lost the motivation and doesn't come onto the server regulary.

Minemoppel is a 16 year old boy living in the South of Germany. He joined many reallive servers before but PirateCraft became his favorite server for almost one year. Now he's increasingly pulling himself back from the server and gets more and more inactive.

If you have any questions to Minemoppel, please write him a mail or message with /mail or /msg. He's also on Mithlonds Discord server (link here: Mithlond) where you can write or talk with him.