The Eternal Empire of Hydra is a subversive organization and military power dedicated to global domination by means of force, surprise, espionage, sabotage, and assassination. They also do kids' parties.

Early Hydra and the First Empire 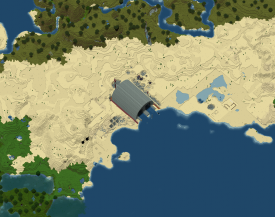 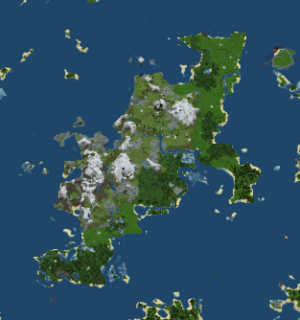 The founding members of the first Hydra crew joined PirateCraft in middle to late-2015. These included names such as dpex81, macro26, trooper306, Spock1101,

and RebornSparta. At this time, the crew tag ‘Hydra’ was claimed by a different group of inactive players. For this reason, the founding members took the name ‘Reich’ under the crew description ‘The Eternal Empire of Hydra’. The first Hydra base was constructed on the east of the map at x:4550, z:-2300. The base consisted of an open-air stone castle with 10-20 block high walls and two wet docks. At the time, this was near the world border, which was later expanded. Initially a rather peaceful crew, the members of Hydra were quickly turned sour due to relentless attacks from a group of players led by Dagersh (popularly known as Cup Pisser). Hydra thrived here only briefly, losing most of their resources to dagersh. After vain attempts to report this player for harassment, Hydra had abandoned its claims to the castle by September 2015, never completing it. This would be known as Fortress I.

As a result of this discouragement, Hydra would break into two groups to establish firmer positions on the PirateCraft server. The main group, consisting of macro26, trooper306, and Spock1101, moved north to the nearest desert at x:4600, z:-2800 and constructed the infamous pair of Hangers. The main Hanger sported 7 block thick walls and two enclosed wet docks, and served as Hydra’s main base of operations. Together these would be known as Fortress II. Shortly after their construction, early Hydra would be joined by Lamborewski, Sir_Ninja_Knight, and ObamasRightNut. All three recruits would go on to be banned in November 2015. 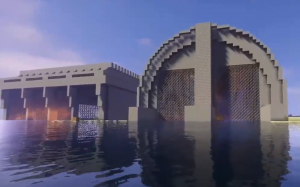 Fortress II served early Hydra in defense against several months of onslaught from dagersh and his conspirators. In one of Hydra’s most famous achievements, dagersh would go on to be killed in a siege on November 2nd, 2015. His armor and sword, ‘his mighty donger’, are buried to this day deep below the Statue of Tyranny on Hydra island.

In response to dagersh’s attacks back in September 2015, dpex81 split off from the other members and constructed another bunker on a lightly populated island far away from Hydra’s birthplace, near x:3150, z:-4325. This bunker would be known as Fortress III, and the new Hydra island would later become home to the infamous Hydra Box, Fortress IV. Nearing the end of this first season of success, the early Eternal Empire of Hydra abandoned Fortress II and moved all of its resources into a vault deep within Fortress III, known commonly as the Resurrection vault. Fortress II would later be unclaimed and detonated in a synchronized explosion.

The Birth of Sleeper Agents and the Second Empire 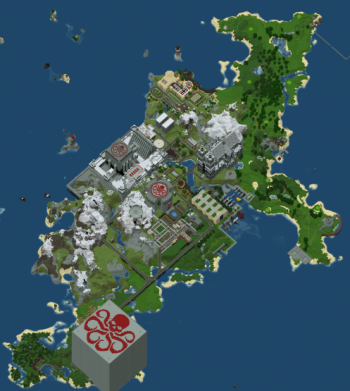 Hydra abandoned PirateCraft for a period of a few months, vowing to return. On March 25, 2016, an official forum request was submitted that Hydra’s crew tag ‘Reich’ be changed to ‘Hydra’ due to inactivity from the players who currently owned the tag. This request was accepted, and Hydra began its second empire.

Hydra gained several famous members in early to mid-2016, including, in order: P1ndr0p, R1ck_Sanchez, and Chiroptera419. The summer of 2016 primarily involved the construction of the Hydra box, at x:2760, z:-4330. The original Hydra box was constructed as a floating 51x51x51 cube with 13 block thick walls (later expanded to 16+ blocks thick), with no entrances or exits other than the sliding bay doors on its bottom face (which were later sealed). A giant red Hydra symbol in Redstone block adorned the top surface, and is a well-known monolith on the server live map. To this day, the Hydra box remains as the most impregnable above-ground structure in the PirateCraft overworld. It would serve for several years as the Eternal Empire’s main base of operations.

Now fully protected from siege and misfortune, Hydra set forth its mission to destabilize the fragile social network of PirateCraft by means of force, surprise, espionage and sabotage. This was in revenge for their early server experiences by dagersh and others. Hydra would revolutionize many new methods for raiding and sieging in this period of their history, many of which not included in this work, and completely reshape the face of PirateCraft like no other crew had done before. The most notable among these is the exploitation of sleeper agents placed into enemy crews to raid with full trust to enemy claims.

Hydra would make its Youtube debut in August 2016 with the release of the first Hydra Recruitment video on the dpex81 Youtube channel. Many sleeper agents recruited during this time would go on to facilitate raids on players including Buckmaster1993, Mystic_Titan965, and EliExcelent. The videos provided Hydra with much needed fame to aid in the propagation of fear and distrust within the PirateCraft community. Hydra makes no allies, and defines all players as enemies.

Hydra’s unrelenting strength is the result of its members being friends offline first and online second. At the height of their power in early 2018, this rule would be violated in the befriending of several players in the server community including Cysteen, Nahadoth, Smokeyriver and notably The_Network, who met with Hydra in person in Chicago during the summer of 2018. In Hydra’s only moment of weakness, some anticipated drama would occur between the aforementioned players resulting in Nahadoth and Mystictitan glitching into the Hydra box. This was done using knowledge illegally gained by downloading a schematic into singleplayer. After a series of rapid and unexpected events, and despite his best efforts to administer punishment, The_Network would go on to be banned from PirateCraft under questionable circumstances as a scapegoat for others’ crimes. Once again disgusted at the server’s community, Hydra would briefly abandon their position and vow to return again in full power never yet seen in PirateCraft history.

The Next Empire, the One After the Second... 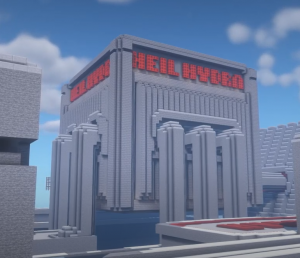 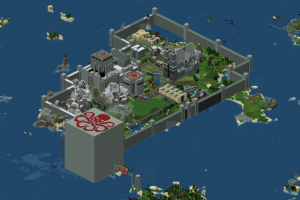 Hydra briefly abandoned the server in mid-2018, and did not contribute time to the server beyond restocking and re-renting the Eternal Shop of Hydra, located at shop3 in the server market. Several small raids were carried out over the course of 2019 that were not recorded for Youtube, where all of Hydra’s videos were unlisted temporarily. This was to fully ensure that the server’s community would forget the Eternal Empire of Hydra and forget the tactics it had previously developed.

In February 2020, the core members of Hydra, not including any current sleeper agents, held a meeting to discuss Hydra’s official resurfacing on PirateCraft. Several plans were drafted for both raiding and construction projects, to occur over the next several months. Mild activity returned under the continued effort to perpetuate the illusion of Hydra’s demise to the rest of the community. In May 2020, Hydra was approached by its newest sleeper agent, TulipsAndDeath, who infiltrated and successfully built trust in the crew Rome over the remainder of 2020. In December 2020, Hydra executed its largest raid in history, with 12 agents involved in clearing out the crew from over half a million items.

It's Not a Story the Admins Would Tell You...

Did you ever hear the tragedy of Lap Dance the Dhow? I thought not. It's not a story the Asylum would tell you. It's a Hydra legend. Lap Dance was a Lapras, so powerful and so cute she could use the Force to influence the Cysteens to create distractions... She had such a knowledge of the cute side that she could even keep the U-boats she cared about from being stolen. The cute side of the Force is a pathway to many abilities some consider to be unnatural. She became so adorable... the only thing she was afraid of was losing her double chest, which eventually, of course, she did. Unfortunately, she taught Cysteen everything of adorableness, then Cysteen took her in her sleep. It's ironic she could save others from theft, but not herself.

Midway through the second coming of Hydra, a fool by the name of PorkIsAFruit came about harking to all who would listen that diamonds he did need. Generously acknowledging, in his time of need, P1ndr0p did answer, seek no further buddy, you have found me. Trading diamond for iron, more thought paid no mind, for P1ndr0p then scattered, being no longer bind. A moment a minute but barely a more, did PorkIsAFruit chatter, I've got diamonds galore. Baffled, befuddled, bewildered, and more, did P1ndr0p find an act to abhor. Hailing a vulcan, to aid in this chore, both doth hath plotwith,on their next score. Hatching and scheming, did they with ease, for soon Spock had offered a trade if he please. Trading iron for diamond, a transpose I'm sure, then did Spock arise out to slash at the whore. Quick as a cricket, he bashed at the boy, late did he wise up, the trade was a ploy. Wiped out with diamond and poetic allure, done was the battle, the spoils a lure. Angry no livid, cried out the boy, enraged was he now that his killers so coy. A pickaxe, the diamonds, the iron did they amass, now it was time to continue the plan. A trade did they offer, for much had they spare, come to warp trade said P1ndr0p if doth you dare. More iron in ingots in blocks did they plead, and desperately Pork oh blindly agreed. Half did transfer and half more 'accord, and still not was present his pick or his ore. Indignant and irate did he ever grow, but slowly accepted his solemn woe. So ware be yon reader for Hydra still yearns, for to pilfer your treasures does their spirit still burn.