The BHS Daytona was a unique ship with a purpose to compete in ship battles. Two vessels of the same name were built over a period of a few days, one of which was destroyed before completion. Fortunately, the second version was completed and it remains at the dock until the 9th of February. 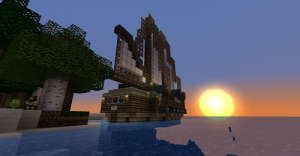 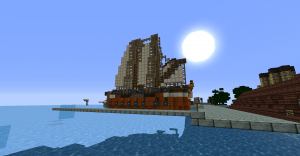 The ship was then heavily modified for battles. She is now equipped with 32 cannons and with a hull thickness of four blocks (one layer of Terracotta and three layers of wood).