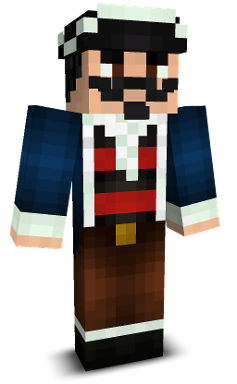 iwanio (formerly TomatoIwan and Iwan The Pirate) is a member of the crew of the Atlantis (started in Lancastrian Empire). He was, for many months, a major citizen in the Lancastrian Empire until 8th March 2020 when he joined Atlantis. Then, on 13th May 2020, he joined BE

His time in LE

From September 2019 to March 2020, iwanio was a prominent figure in the Lancastrian Empire, eventually founding the Northern Evergreen Archipelago, and the island Delphino. He rose the ranks of LE, eventually gaining the rank Governor and gaining Leader status. He developed the crew, inviting many citizens. This prosperous time lasted until early March 2020 when a series of prominent LE citizens left the Empire to join other, more active crews. Iwanio was one of these.

His time in ATLA

Iwanio became an influential member of Atlantis until its eventual demise on 13th May 2020 due to internal conflicts.

His time in BE