ClaytonWilbur (Or Wil for short) came to these waters in search for the old pirate ways. Having not found them in there purest form he has worked to recreate and bring to life the old ways of the Pirate. He has largely been a wanderer, not having much of a place to call home and having joined several crews is in search for the perfect crew . 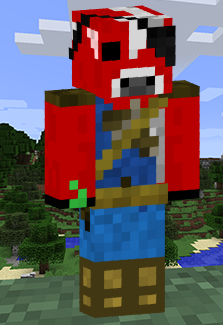 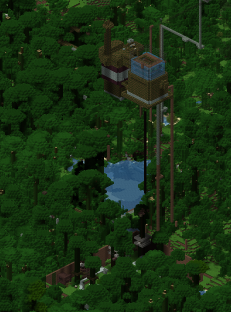 At this quest in his life Wil was not a great pirate warrior and therefore not much of a PvPer. During his life in the Jungle, Wil had tried to create a peaceful place to stop, creating a sky-base above the Jungle canopy. Made entirely out of wood (please don't ask why...Yer just get a stupid reply. Don't mean for that there ryme) it made an easy target for them attackers. All the crew of SpiritBlitz had to do was burn the floor of Wil's re-spawn point and the deaths by

falling just racked themselves right up. By the time Wil recovered and found a way not to be stuck in a forever loop of falling to his

demise, he fought back against the oncoming invaders, but it was down right too late. Everything of value had b

een stripped from the place leaving the pitiful base a ruin in the sky. If explorers were ever to find the sight, many other pirates have created the structure into a monument remembering the horrible and embarrassing battle that was fought there. 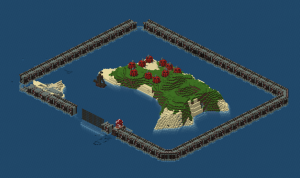 ClaytonWilbur is a proud memeber of Isengard , and lives a peaceful life in his home near Froge in the south. He lives with his herd of mooshrooms, colorful sheep, an Calypso the Shroom. The most resent event of this cheery pirate is the founding of Chickfila Banner Shop.